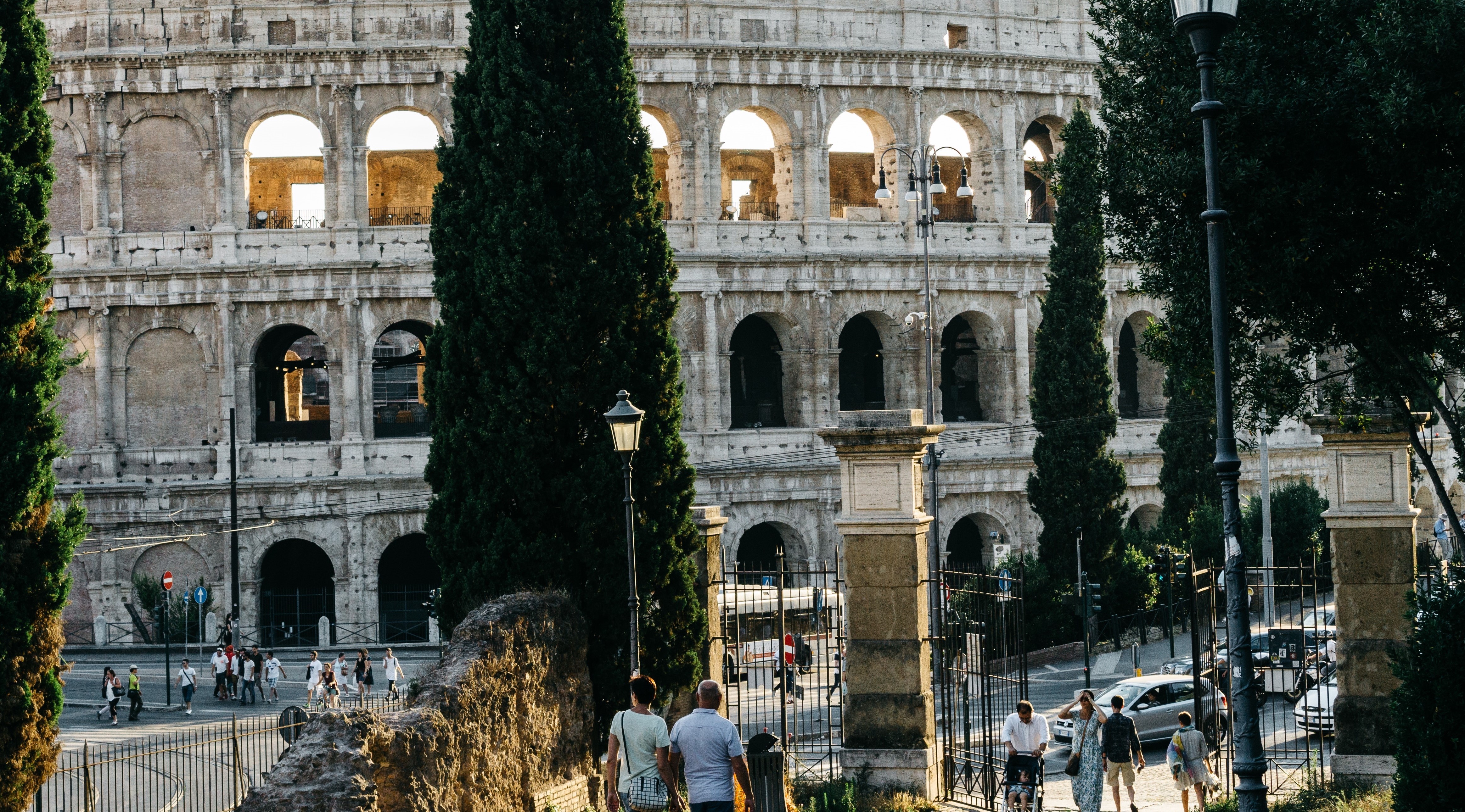 Right behind the Colosseum lies Monti, a small neighbourhood in Rome that for years was neglected by tourists. Why? It used to be an infamous red-light district with a lot of poverty and there was no reason to set foot in this area of Rome. This has now all changed since it started to gentrify. These days Monti is considered one of the ‘hippest hoods’ of Rome and draws in many tourists that come for its livelihood, quirky cafes and picturesque streets. Not everyone is happy though. Tourists might have found the next hidden gem of the city by going off-the-beaten-path, for some people living in Monti these changes affect them more than tourists might realize during their short visit.

What has changed in Monti?
Traditionally Monti is not only known as a poor and marginal area, it is also famous for being one the oldest neighbourhoods of the city with a strong tradition of craftsmen. Since the 1980’s there has been a growing interest of a new group of people to start living in Monti: intellectuals and artists. As we see often with gentrification processes like this, people were attracted to the area because of the historicity of the neighbourhood and low housing prices. Attracted by the now artistic image of Monti created by these early pioneers , a new middle class started to follow them in the years after. The new image the artists and intellectuals had given to Monti set in motion subsequent waves of gentrification. Right now, after more than 30 years this has changed Monti in such a way that it is one of the most attractive areas of the city for young and hip people. The consumption patterns of this new group of people now living in Monti have influenced the type of facilities in the neighbourhoud and  hip bars, small creative shops and restaurants are popping up everywhere.

Not everyone is happy
So far, so good right? Well, not everyone is happy with those changes. Some of the original residents of Monti are still living in the neighbourhood as well. These residents do not identify themselves with the new, hip culture that is now undeniably part of Monti’s image. Moreover, they fear for eviction, because with a neighbourhoud becoming more popular, housing prices and rents are increasing as well, and many of the orginal residents were already forced to move out of Monti. Facilities such as local grocery shops and cafes are disappearing and making way for the newest authentic coffee bar or craft brewery. This is embraced by the new hip residents who make use of these facilities but they do not cater to the older residents. At the same time, the workshops of craftsmen have to make way for those new establishments which is another problem for many of the original residents.

The role of tourists
The image changes have not gone unnoticed and tourists are increasingly finding their way to this gentrified part of Rome.  A general trend in tourism is to look for off-the-beaten-track areas in cities, away from the highlights and especially away from mass tourism. This is a way for them to distinct themselves from the crowds of mass tourists all doing the same thing. Of course, these areas need not to be too off-the-grid, since there must be something going on. Nobody wants to visit the slums of a city. Monti has all the right ingredients for being such as a cool but relatively undiscovered part of the city and thus fits perfectly with this group of tourists looking for an alternative to the Colosseum (which however they probably also visit).

Tourists have the feeling they are visiting a truly authentic and local area, taking photographs of a local street and not a touristic highlight. But, one of the houses in these streets is actually one of the most photographed buildings and even made it to a Lonely Planet’s cover. In the meantime, the people living in the house don’t dare looking outside their window anymore, afraid to be caught in one of the many photos taken during the day. The terraces on the streets are something tourists praise because it makes the area so lively, but original residents are disturbed by them taking up public space. But most of all, these tourists have the same behaviour and consumption patterns as the growing group of young hip people living in Monti and, even though they are unaware of it, their behaviour further stimulates the ongoing gentrification process.

Is dispersion a responsible strategy for developing urban tourism?
It could be argued that there are also opportunities in tourism for original residents in Monti in the sense that traditional craftsmen could start to cater to tourist and sell their goods by exploiting the creative character of the neighbourhood even more. At the same time, we might wonder if it is desirable to do that and attract more tourists to Monti. Despite the fact that it could be a way for traditional residents to remain living in Monti, it can also further stimulate processes of gentrification, hipsterfication and commercialisation, something those residents are trying to resist so much.

When it comes to the development of tourism in cities we must thus ask ourselves how tourism could be developed in a more responsible way in those off-the-beaten-track neighbourhoods. In recent years we have seen many touristic cities trying to implement tourism dispersion strategies, in which tourists are redirected from the touristic centre to other neighbourhoods. The example of Monti shows what the consequences could be of such strategies and how complex it can be to ensure that both local residents as well as entrepreneurs benefit while tourists can enjoy the area in a responsible way.