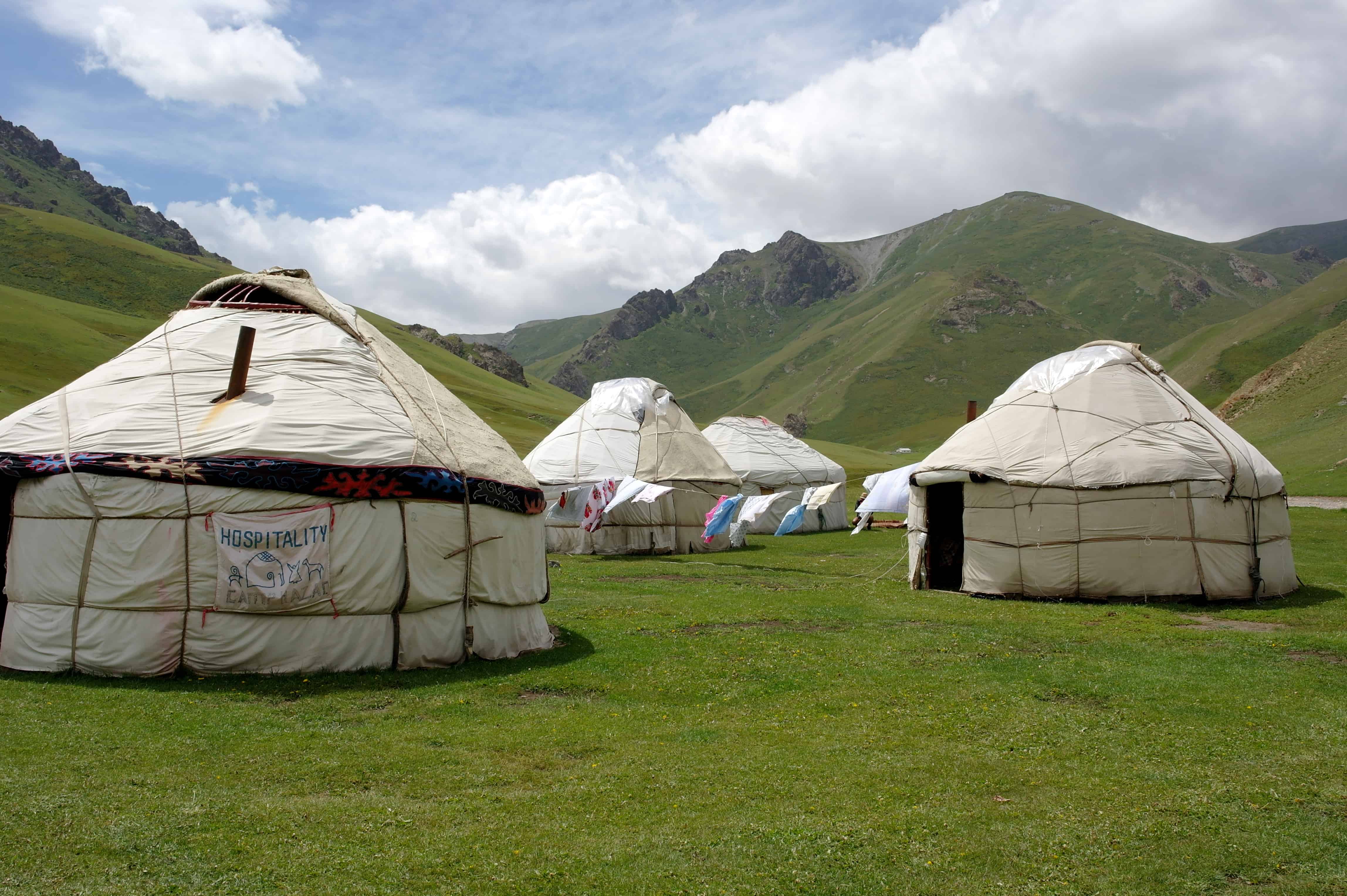 The impact of community-based tourism in Kyrgyzstan

Almost three years have passed since I first heard about Kyrgyzstan and spent six weeks on promoting the country as a tourist destination. Ever since then, I have been in conflict about this. Because this country is beautiful and unspoiled, but what happens if we start promoting it? Can it then remain unspoiled? And would more tourists do any good to the local people? Basically,  I was and still am wondering, how can tourism develop sustainably and can you contribute to that as a traveller?

Tourism development in Kyrgyzstan
Not many people have heard about Kyrgyzstan. I remember when I told people I was going to visit this country, most of them were looking at me puzzled. Kyrgy–what? This country, located in between China, Kazakhstan, and other smaller ‘-stan’ countries, has some serious image issues as very few people can pinpoint the location or know what the country is like. This shows in numbers because in 2016 only 3,9% of the total GDP came from tourism * whereas in most countries this number lies at least around 10%. The Kyrgyz government thus decided something had to change because the country has much to offer in terms of natural beauty and there could be a lot of potential in tourism for economic growth.

Currently, the most popular destination is Issyk-Kul lake, a bright blue lake (that never freezes!) surrounded by marvelous mountains. This area is famous as a beach destination for surrounding countries but is also popular amongst international backpackers. As much as I enjoyed being here, it was definitely not my favorite part of the country though and I do agree with the Kyrgyz government that the country has much more to offer. This country offers incredibly beautiful and unspoiled landscapes, the feeling of solitude and being more in touch with nature while getting to know a completely new culture. Promoting it only seemed to make sense at the time.

Sustainable and community-based tourism
The question is, how to develop tourism in areas where there is hardly any infrastructure yet? And how to make sure that people in the country actually benefit from it? The answer for Kyrgyzstan is the development of community-based tourism (CBT) in the more remote areas of the country with the aim of job creation and poverty alleviation. According to the World Wide Fund for Nature (WWF) CBT is ‘a form of tourism where the local community has a substantial control over and involvement in its development and management; and a major proportion of the benefits remain within the community’. So instead of big international hotels chains or tour operators economically benefitting from tourism, the local community does. 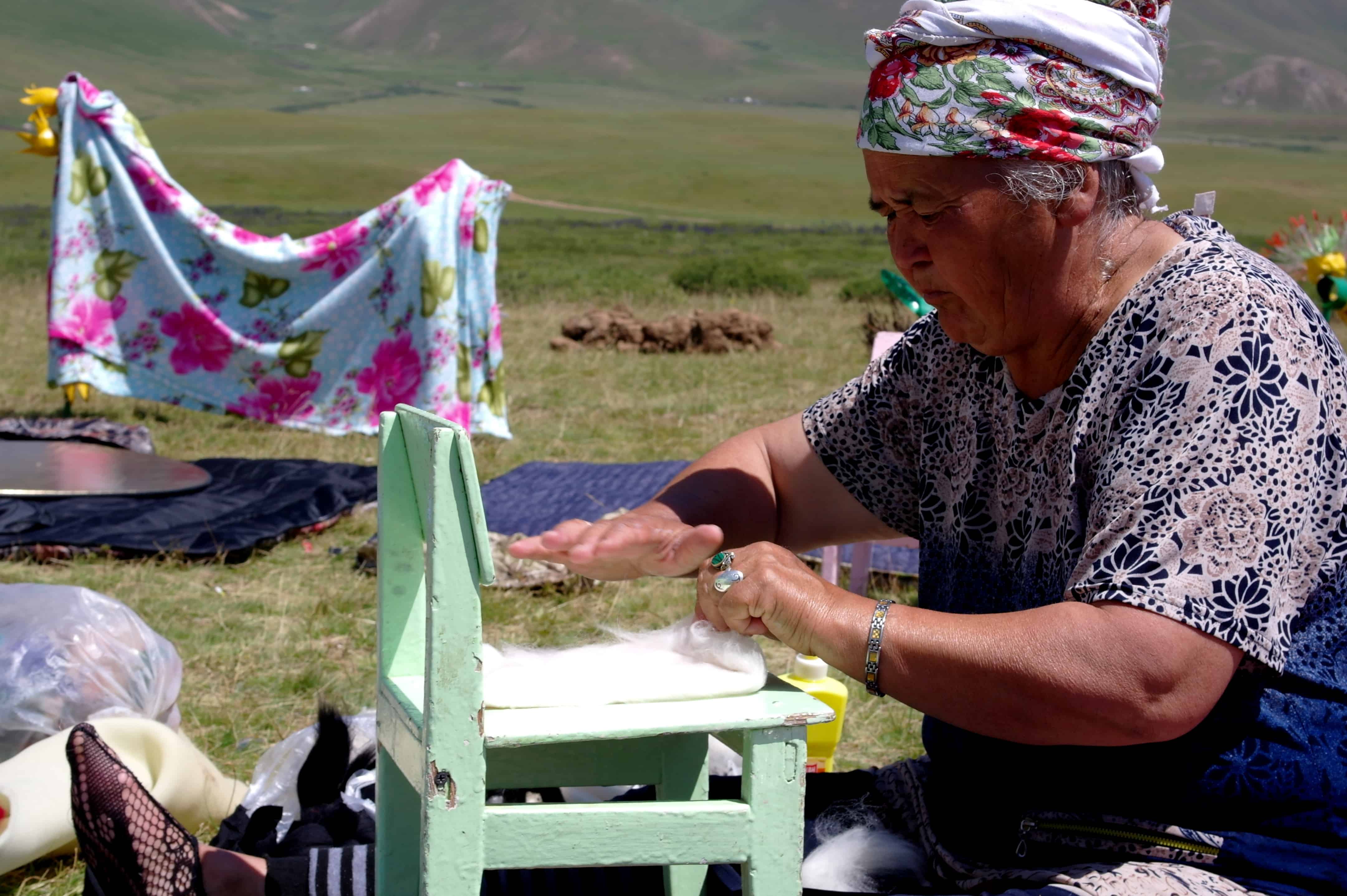 In practice, this results in homestays, locally owned guesthouses and tour operators offering diverse activities. Not only is this a more sustainable way of developing tourism because the economic benefits end up with the local people, it also helps to preserve natural and cultural heritage. An example of this is the horse games, which form an important part of the Kyrgyz nomadic lifestyle and can be visited by tourists as well.  At the same time tourists can truly get to know the people and culture of the country because of CBT. When in Kyrgyzstan you will thus encounter very few impersonal hotels and you are likely to spend most of your nights in traditional yurts or a room in someone’s house, eating locally cooked food.

Impact of community-based tourism
The most straight forward result of community-based tourism is that local people are included more in tourism activities. In Kyrgyzstan, the Kyrgyz Community Based Tourism Association (KCBTA) was set up in 2003 with support of the Swiss organisation Helvetas* and now consists out of 14 CBT groups throughout the country.  Regions that previously went unnoticed by many tourists such as the Alay region with Sary-Mogul or the Naryn region which is home to one of the most magical destinations in the country; Son-Kol, can now be explored with local people.

Multiple studies have shown the economic impact this development of CBT has brought. Research by Watanabe and others shows that in 2008 CBT groups were good for the creation of 412 jobs and another study by Asykulov shows that households that have engaged with eco-tourism within CBT earned 15-20% of their annual income because of tourism. A survey by Nazgul Jenish has noted that in 2016 around 10,000 foreign tourists are served per year by the CBT groups. Another study argues that the communities benefit from other indirect impacts such as improved infrastructure, environmental awareness, and cultural preservation.

Critical voices on the CBT development
A more critical voice comes from Nicola Palmer who has done research on tourism development in Kyrgyzstan. According to her, the Kyrgyz population might be exploited for tourism means and fear exists that this will only lead to the commodification of local people into a tourist product which would then not be truly authentic anymore. For example, when the horse games would mainly be organised as a show for tourists instead of being part of the local tradition. Furthermore, the question is being raised if CBT in Kyrgyzstan, in the end, can be self-sufficient once the support of Helvetas has come to end. Finally, there are many ethnic groups in Kyrgyzstan, and in tourism apparently, only the culture of one of those groups is highlighted meaning other ethnic groups are thus being excluded from participating in CBT tourism.

Is CBT a good option for responsible travelling?
These concerns are definitely things we need to keep in mind when we visit Kyrgyzstan in order for it to be truly sustainable. I think it is important that as travellers we are aware of those things and appreciate the country and culture as it is without demanding anything extra. By spending our money on initiatives that pay attention to sustainable aspects of tourism growth we can definitely contribute to responsible tourism development. As long as the local people themselves remain in charge of how it is being developed and the money ends up with them.  In hindsight, I now fully support promoting Kyrgyzstan as a tourist destination especially since a lot of it came down to promoting CBT which now turns out to be a good start for more sustainable forms of tourism.