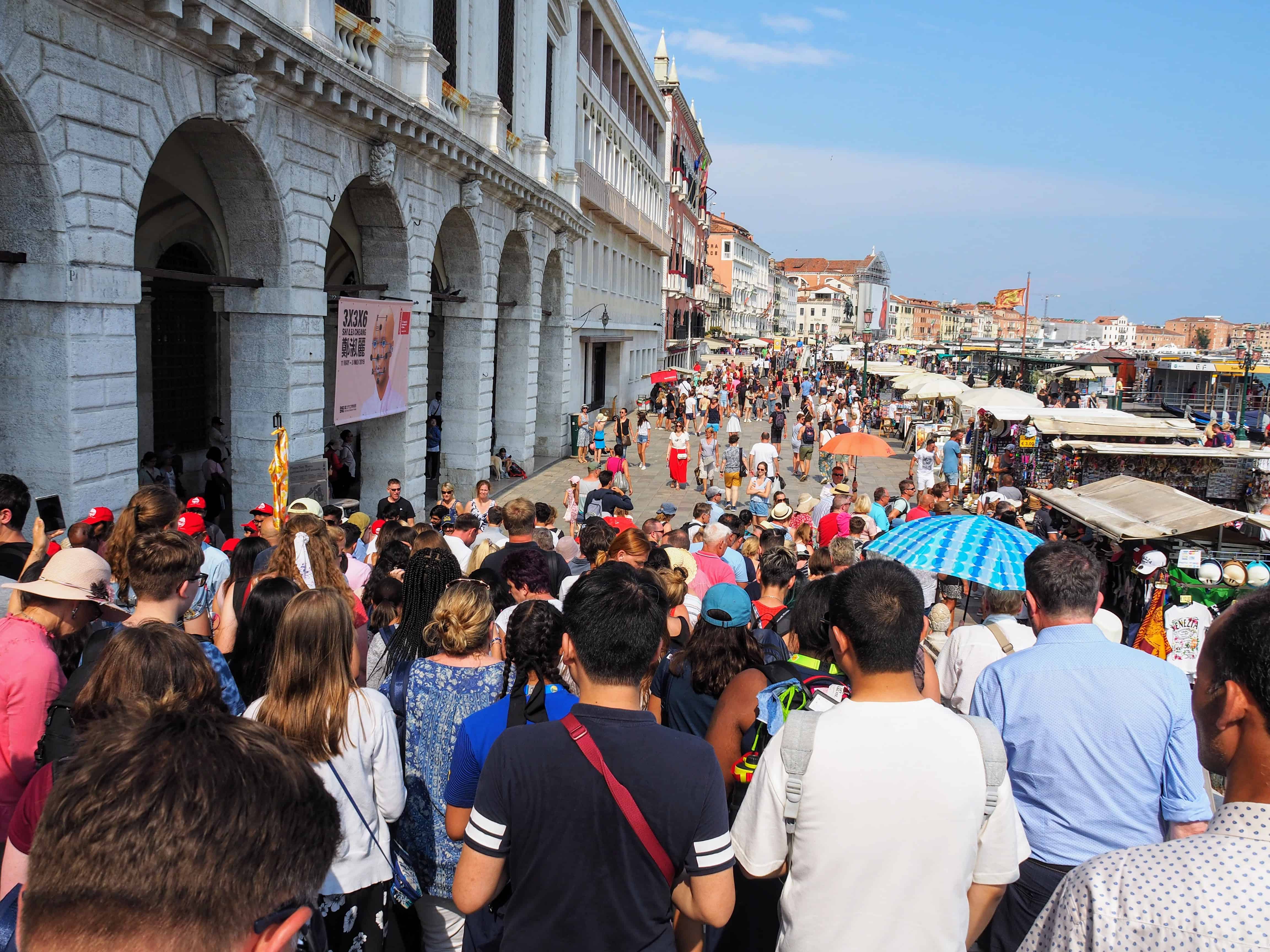 Is dispersal the solution to overtourism?

The dispersal of tourists as a strategy against (potential) overtourism is something that more and more destinations are implementing. But how effective are these strategies in practice? And what does it do to the places tourists are dispersed to? The question we are trying to answer here is: can dispersal truly be a solution to overtourism?

The idea behind dispersal
We see dispersal in all kinds of destinations. In cities, local governments or DMO’s are trying to steer visitors to the lesser-known areas of the city to alleviate pressure from the most visited parts, usually the city centre. In Amsterdam, for example, Amsterdam & Partners tries to promote less popular areas of the city. Another example is the classic Inca citadel Machu Picchu. Here, local authorities try to disperse visitors over time, by forcing visitors to buy a timed ticket to visit the Unesco World Heritage site. In other cases this strategy is adopted on a national level. NBTC Holland Marketing for example, has it as one of its goals to spread tourism over the country, not only in order for all these places to benefit, but also with the hope that international tourists will visit something else than just Amsterdam and ease the pressure on the city. And these are not just some individual cases, even UNWTO recommends it to cities in their report on managing overtourism.

Of course, at first sight, this idea seems to make sense, if there are too many tourists in one place, you try to lure them to another. This way tourists are more evenly spread and both the benefits and the burdens are not concentrated in one place. It sounds so simple, but we can question if a dispersal strategy is really implemented that easily. Because how do those new destinations feel about becoming the next tourist ‘hotspot’ when tourists are dispersed there?

Consequences of dispersal
The issues that are experienced with tourism are not only related to the amount of tourists that visits, it also has to do with perception. Not every destination can deal with the same number of tourists. For example, talking about the city centre of Amsterdam or Barcelona, people are in general used to having a lot of people around and it is known to be touristic. Spreading people to more remote neighbourhoods might seem like a good idea, but those neighbourhoods might have a mostly residential focus where locals might not be too happy with tourists flocking their cafes and streets. Eventually this may even reinforce the negative sentiments towards tourism in general, as now more people spread over the city may experience issues related to tourism.

When it comes to seducing people to visit other cities in a country, something that seems to be a quite popular strategy for cities as well as popular media targeting tourists, the question arises to what extent those cities are ready for a new influx of tourists. We can wonder if this strategy truly is a responsible way to deal with overtourism issues and if it is not just a way to relocate the problem.

Anna Pollock, an expert in responsible tourism, talks about tourism as a living system. She considers tourism neither good nor bad. “It has the capacity to enrich lives and communities or to diminish and damage them. It is an instrument for creating benefit, the means not the end”. If you are dealing with tourism that is beneficial to your destination and the communities living in them, dispersion can very beneficial for other areas too. However, if tourism in your destination damages the lives of local citizens or the environment, dispersion is not the solution. Anna Pollock compares tourism in this case to a disease. If the body falls ill, would you then start to spread the disease? So if a destination falls ill to overtourism, would you then spread it?

Challenges that come with dispersal
The theory of dispersion, if there is such a thing, follows the perspective of the destination with a problem. It assumes that tourism is inherently good for places, unless there are ‘too much’, after which these tourists should be moved somewhere else. However, if we believe that the value of tourism depends on the context (and is in itself neutral) dispersing tourism might not always be a good choice at all.

When talking about overtourism and dispersal as a possible solution, destinations should educate themselves on the needs and ambitions of other nearby destinations. That is: what do they actually need? What are the challenges of these places and do they see a role for tourism in addressing these challenges? It might be that they are in need of the ‘type’ of tourists that another destination needs to get rid of. If that is the case, great! Often though, this will not be the reality. The type of tourists causing Amsterdam the most trouble (in the eyes of local citizens and the government), i.e. drunk raucous visitors, are probably not the type of visitors other communities in the Netherlands would like to welcome. And even if this would be the case, how could those tourists then be tempted to go someplace else? Actual dispersion is not an easy task and can be an extremely difficult endeavour in practice.

Dispersial in practice
Dispersion cannot be done by just some marketing tricks. It might be possible to entice some visitors to choose another destination during their trip, but as long as the attractiveness and the capacity of one destination is not decreased , we cannot actually speak about dispersion. And that might be the crux. Because while media, policy makers and DMO’s are talking about dispersion, they are actually talking about making more places attractive for the same type of visitors.

Dispersion as a ‘strategy’ is easily thought of. Reality though is somewhat more complicated. Policy makers need to take many things into account. Apart from considering the needs and ambitions of neighbouring cities and regions, they also need to think about the needs of the visitor. How does this visitor fit those needs and how can they be convinced that the other place is also worth visiting?

Even though there are signs of certain tourists that are more interested in alternative and original destinations to signal the image of the ‘cool’ traveller, it also seems that those tourists also still enjoy visiting the traditional touristic highlights and destinations. What is more so, is that this is probably only a small group of people that has these travel preferences while the majority still goes to the most well-known destinations.

Thus to steer tourists from one place to another is not just a matter of making destination B more, or equally attractive, it is also a matter of decreasing the attractiveness of destination A. This can be done for example by closing down attractions and implementing strict regulations in combination with anti-marketing. The question is if destinations are prepared to take those necessary steps to disperse visitors and in return disappoint the businesses that cater to this type of visitors and the people that work at those places. In many places, this still seems a bridge too far.

Dispersal as a solution to overtourism?
Can destinations disperse visitors and thus lighten the burden their citizens experience? Sure. If destinations are really willing to take the means necessary, dispersion can be possible and sometimes even a smart option. That is, if the interests of the different parties involved can be aligned. And that is quite a task, if not impossible.

So dispersion is not as easy as some organizations and media make it out to be. Influencing tourists to visit something else after they have seen the Trevi Fountain is one thing. Having them skip the Trevi Fountain altogether is something completely different. To do this, the number of people allowed to visit the Fountain on a given day should be limited, huge sums of money to see it could be charged, or simply make it less attractive.

Destinations, both overcrowded ones and those wanting more visitors, need to start by developing long term visions on what tourism should contribute to their country/region/city/village. To the economy, sure, but maybe even more to the wellbeing of local communities. With these visions in place, we might be able to find places where dispersion actually can be a viable solution to overtourism. 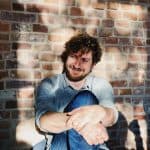 This article is written in collaboration with Ewout Versloot. Ewout is an urban sociologist who focuses on the interaction between the visitor economy and urban development.

One Reply to “Is dispersal the solution to overtourism?”